I am currently in southern California for a wedding. Well I had the chance to visit Knott’s Berry Farm yesterday (April 8, 2019). I went during the Boysenberry Food Festival. I gotta say, it was A LOT of fun! Xcelerator is THE most insane launched roller coaster I have ever been on! Like, period. That’s it. SUPER intense; 0-82 miles per hour in 2.5 seconds; 30 second ride. Yeah, it was awesome! Actually, I kind of felt myself greying out on that launch. Hangtime, the Gerstlauer dive/infinity coaster, was SUPER smooth and so much fun! It wasn’t super intense like Xcelerator, but the word I would use to describe Hangtime is just fun. Ghostrider was a great wooden coaster that I did in the front and the back. Actually, I did Xcelerator in the front row and the back row as well, and I had my video glasses with a head strap on. The force of the launch was so intense, the strap actually snapped off my glasses on one side and I had to hold on to the glasses for the entire ride so I wouldn’t lose them. Silver Bullet, the B&M inverted coaster, was super smooth and a really fun ride! MonteZOOMa’s Revenge was an intense shuttle coaster that was really smooth for being 30+ years old. Jaguar! (the exclamation point is part of the name) had a great Mayan theme and the station was actually inside a Mayan pyramid. I thought that was pretty neat.

So I know you all want to hear my take on the food at Knott’s, since that is what they are known for. I am a Baltimore guy and love everything Baltimore. Anyone who knows me knows that. But I am envious of SoCal because they have something nowhere else in the US has…boysenberry punch. OH MY GOD! This stuff is INCREDIBLE! I also got the beer exclusive to Knott’s, Boysenberry Draft. WOW! If you like smooth, fruity beer and you are in Southern California, do yourself a favor and GET THE BOYSENBERRY PUNCH OR DRAFT! It is SO good and I am legitimately bummed that we do not have it in Baltimore. I also got boysenberry pie and their world-famous chicken. This chicken, in my opinion, is a crap ton better than Royal Farms!

Wrapping up my view of Knott’s Berry Farm, this place is probably the most beautiful park I have ever seen! It’s almost on par with Busch Gardens. Lush, beautiful plants everywhere, palm trees, great theming…I mean, Ghost Town alone is the most well themed area I have ever seen! Live actors, a train ride with train robbers, great theming everywhere…for God’s sake! They have a Goddamn horse and carriage ride around the park! Where else can you do that in a theme park? You can’t! So I love Knott’s! I can’t recommend this place enough!

I do not want to spend this entire post raving about one thing, though. I did something at my Uncle’s house that I never thought I would do, but hey…when in Rome. My Aunt “cupped” my Uncle, meaning she rubbed oil on his back, lit a few jars on fire (they didn’t stay lit) and put the jars on my Uncle’s back. His back where the jars were…the skin was bubbling and rising off his back! Me being the idiotic daredevil I am, I’m like, “Yeah…I’ll try it.” The next thing I know, I am laying shirtless on a towel with six to eight hot jars on my back and my skin lifting off my back. I gotta say, it didn’t hurt, but it was actually sort of relaxing. It was a really bizarre feeling when the skin lifted. It felt like a suction cup sticking to my skin being slowly pulled. It was interesting and my back looked like a white pepperoni pizza after, but I am glad I did it once. I attached some photos of this to prove I did it.

I also went to the Aquarium of the Pacific in Long Beach, California. I have to say, it wasn’t as good or as large as the National Aquarium back home in Baltimore, but it was really cool! They had a sea lion enrichment show, which was really cool to watch. They also had a Giant Pacific Octopus, which is something I had never seen before. Man, this thing was MASSIVE! One thing about the Aquarium in Long Beach that made me a little homesick was the turtle they had. It looked like Calypso, the Green Sea Turtle in Baltimore’s Aquarium. It was a different species, but it looked similar.

Today, April 9, I went to Huntington Beach for a little while. It was SO windy there! And the water was ice cold! Like, I realize it’s only April so the water will naturally be colder than when it’s like 90 degrees out, but my God! I dipped my feet in just to cool off for a second, and I swear to you…my feet went numb. That combined with being in the wind with sand stinging you as it blew on you was kind of uncomfortable. Still, I am glad I was able to get in some beach time. I am not a beach kind of guy, I am more of an “on-the-go” person, but this was nice. There were shops I walked to and they were cool little seaside shops.

So I am looking forward to the rest of my trip! I will make a second post at the end of the trip as a follow-up, but for now, thanks for reading! 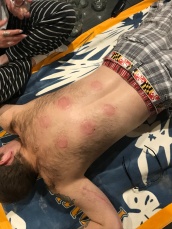 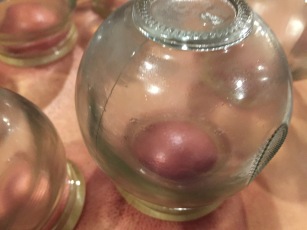 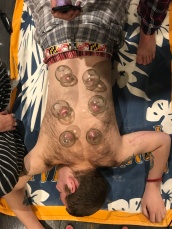 I have Autism and am a self-advocate and public speaker. On the side I do stand-up comedy. I live in Baltimore County and have an AMAZING girlfriend View all posts by AuTom Spectrum Blog

This is a text widget. The Text Widget allows you to add text or HTML to your sidebar. You can use a text widget to display text, links, images, HTML, or a combination of these. Edit them in the Widget section of the Customizer.
Loading Comments...
Comment
×
%d bloggers like this: